You could give your people Culligan Water.
Need after hours or emergency service? Click here for details.
Now Offering Virtual Appointments!

Sterling Culligan Water has been a part of the central Minnesota community for nearly 70 years. We're proud to serve the counties of Todd, Morrison, Stearns, Kandiyohi and Pope, which include the communities of Sauk Centre, Little Falls, Long Prairie, Pierz, Royalton, Motley, Avon, Albany, Melrose, Glenwood, Willmar, Spicer and Starbuck to name a few.

Need after hours or emergency service? Call our 24/7 service line at 320-352-6587.
Hardness, high-iron and nitrates are the biggest water problems in the central Minnesota area, but in the last two years we have seen a rise in nitrates, arsenic and tannins as well. 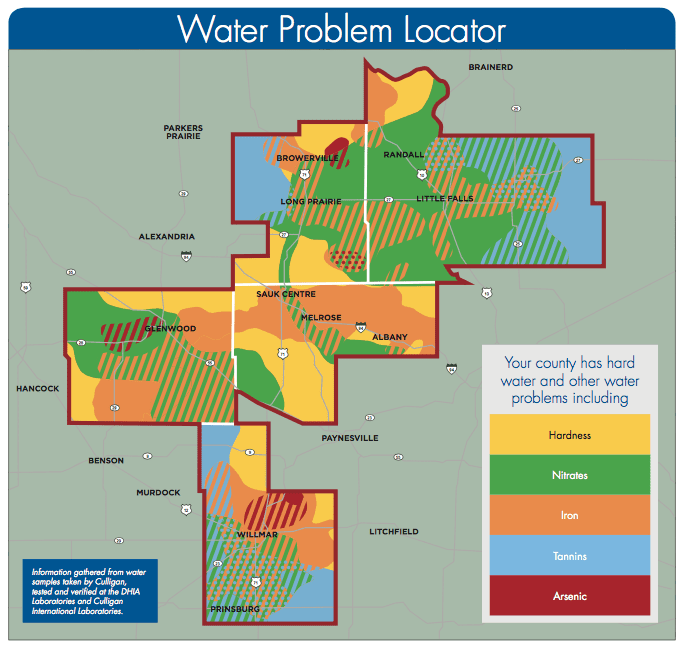 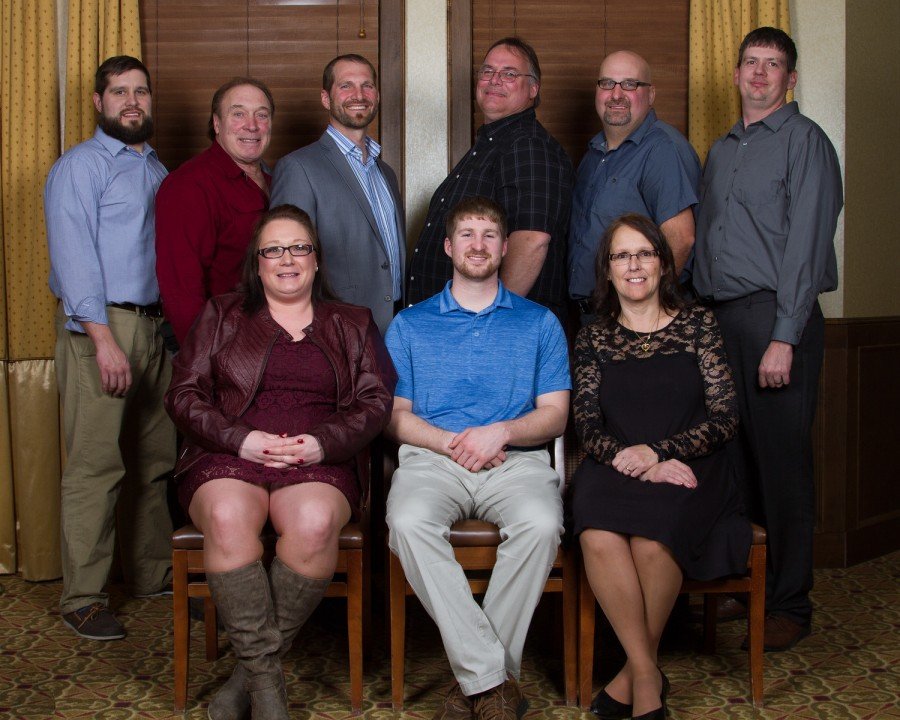 Sterling Culligan Water began in October of 1949, when W. Sterling & Jo Tangley and Frank Decker formed a partnership and named their new venture Culligan Soft Water of Pierce County. They established a new Culligan franchise and built a plant in Ellsworth, WI. The business grew steadily for the next 25 years. During those early years, Sterling and Jo's son, Peter, grew up and actively worked in the business. After 35 years as a Culligan dealer, Peter and his wife Karol passed ownership to their son, Bret, who grew up and actively works in the business. He's held a variety of roles since 1982, serving as president since 2005.
Sterling Culligan Water is an award-winning Culligan and Pure Water Technology (PHSI) franchise dealer, known for exemplary customer service, expert water professionals and affordable water treatment solutions. We are a third-generation, family-owned company, with values based on integrity, safety, teamwork, and continuous improvement. Our goal is to continue to create, keep and grow customers. Two of our stores are located in central Minnesota, Serving Sauk Centre, Willmar, Little Falls and the surrounding communities. We also have three stores location in the northern half of Wisconsin, serving Wausau, Eau Claire, Waupaca, Stevens Point and their surrounding communities. Our dealerships are locally run by employees who are a part of the communities that they serve. Sterling Water's mission is to exceed our customer's expectations by providing goods and services of the highest standard.

Pump Up Your Smart Water Technology With Culligan Aquasential™ Products

Culligan Water solutions help you become greener, cleaner and more cost-efficient with your water use. Learn how.
Read More
What Clients Say
Was upfront on cost. Installation was flawless. Follow up was great and tweaking it to get it just right was simple as calling their office. Office personnel were very polite. Would reccomend to anyone looking to get rid if hard water.